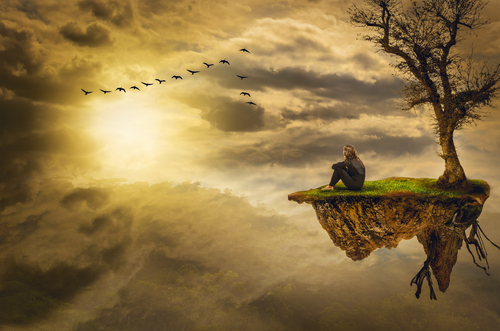 Your Startup Can Help Fix The Loneliness Epidemic

Why you shouldn’t make a big bet on “remote culture.”

Conjure this image in your mind…

Tom Hanks in the movie “Cast Away.” His character, barely covered in ragged clothing, stranded on a deserted island with nobody to talk to except Wilson… his inanimate volleyball friend.

That’s what comes to my mind when I hear companies spouting about their amazing “remote culture.” I mean, who wants to encourage remoteness as a culture?

It’s common, smart even, for aspiring entrepreneurs to model their young startups on companies like GitLab or Buffer — building a fully distributed team and avoiding tying up precious cash on office space and its associated costs.

But please — strike “remote culture” from your startup’s lexicon immediately! Adopting this term as a pinup culture icon from the outset with all its resulting connotations is a mistake that’s hard to pull back from in the future. It may even impact the health of your staff.

There’s a good chance you’re not going to be a fully distributed company forever. As your startup grows there are reasons establishing an office and having “centers of gravity” where people work from can make sense. Sometime it’s because your brand equity is swelling in certain locations and you’re inundated with applicants in a city who want to work for you. Sometimes it’s because you need a physical presence to compete with big competitors and collaborate with enterprise customers. Sometimes it’s because you start to have teams and roles within your company that just function better being together in an office.

And so, if you’ve been riding the “remote culture” train the whole time, it’s a tricky juxtaposition to manage when you end up having people that work in offices, too. Toot toot! Mind the gap.

The term “remote culture” only exacerbates the very issues faced by distributed teams. It’s the Tom Hanks visual again. Banging on about remote culture only reinforces…well…the remoteness of it all! Remote, which is akin to being alone…to loneliness. This is not the foundational culture you want to build your startup on.

When Buffer surveyed 1900 people working remotely around the globe for their State of Remote Work 2018 report the number one struggle identified was loneliness (equal first with collaborating/communicating which is obviously closely related). In a similar 2017 survey, Owl Labs determined “staying in the loop” and “maintaining relationships” as remote employees’ biggest challenges. It’s not a big leap to link these back to feeling lonely.

Essentially, reinforcing the concept of “remote” as your main culture bet feels somewhat counterintuitive to supporting this main issue faced by people who work remotely: Loneliness.

Of course, it’s not only remote workers who are drained by the leech of loneliness. Many adults suffer from feeling lonely. In fact, Cigna released a study in May 2018 with a bold conclusion that loneliness is at “epidemic levels in America.”

Worryingly, it identified Gen Z (adults around 18–22 in age) as the most lonely generation. Why worryingly?

Because Gen Z are going to be the next wave of people entering the professional workforce…and your startup. The next support person, product manager, content writer, developer or design engineer you hire in a remote capacity may well be a Gen Z.

One who’s already lonely. (And now imagine trying to motivate them with all your “remote culture” talk…no, don’t do it!)

A recent study by Swinburne University in Australia also noted “chronic loneliness was on the rise in Australia,” with one in four Australians identifying as feeling lonely. Throwing another shrimp on the barbie only helps so much, it seems.

Both these studies and many others also cite the now well understood link between physical and mental health and how it’s negatively impacted by loneliness. As the Swinburne study puts it:

So let me frame this for you: Maybe the most tech-savvy generation yet, of which there are around 61 million in the US, are on the cusp of entering the workforce — ripe for hiring by you and your “remote culture” startup;— who have been identified as the loneliest generation; in a time where research suggests loneliness contributes to poor physical and mental health.

Oh, well that sounds like a recipe for success. Do you think?

Loneliness is Going To Cost Your Startup

This could be a predicament with costly outcomes. Certainly poor physical and mental health impacts productivity and performance which, in a startup, will be quickly reflected in the top line. Add additional spending on support and programs plus the cost of staff attrition and it quickly becomes a bottom line issue. Not to mention the potential social costs — health care, insurance, as examples.

Former United States Surgeon General Vivek H. Murthy made the link, penning a great article in the Harvard Business Review late in 2017 titled “Loneliness and the Digital Workplace.” He comes to a number of conclusions, but most pointedly:

In the piece, Murthy goes on to say:

“If we cannot rebuild strong, authentic social connections, we will continue to splinter apart — in the workplace and in society….we will retreat to our corners, angry, sick, and alone.”

But he advocates for companies to lead the charge for change and “take action now to build the connections that are the foundation of strong companies and strong communities.”

“There is an inherent link between loneliness and the workplace, with employers in a unique position to be a critical part of the solution.”

To cultivate a strong, healthy and somewhat future proof culture that supports a distributed workforce, put a stake in the ground on building an amazing relationship culture, not a remote culture. Right from the start if you’re still there.

Instead of reinforcing remoteness and potentially amplifying issues faced by remote folks, tackle it head on: when working remotely people can feel lonely and isolated so correct that by purposefully driving relationships in everything you do.

Companies like GitLab and Buffer are successful with their fully-distributed workforce because they’ve already learned this lesson and actively practice it. From a post on Gitlab’s blog in October 2018 titled “The case for all-remote companies”:

“The biggest disadvantage to remote working is that isolation can set in if there isn’t a concerted effort to create a social connection between people.”

In his September blog post titled “The Joys and Benefits of Working as a Distributed Team,” Buffer CEO Joel Gascoigne points out:

“In order to have deliberate face-to-face time together to bond and have fun, we have regular teamwide Buffer retreats each year where we gather the full team, and we hold mini-retreats throughout the year for smaller teams.”

See the words “concerted” and “deliberate”? These companies are not banking on a “remote culture” by happenstance. They are being purposeful about building relationships to enable an effective remote workforce.

As it turns out, perhaps they’re also playing a part in improving the loneliness epidemic. Imagine the impact we could affect if all of us with some influence in our startups decided to prioritize relationships to combat loneliness. We may seriously improve the lifestyle of an entire generation.

So you want in on this? Here’s a couple of key tenets I subscribe to — adopt them in order to begin building a strong relationship culture in your startup:

By building strong bonds of trust and respect, passion and transparency, honesty and empathy, you’ll cultivate a relationship culture that empowersremote working.

When you have those bonds in place, then where you physically work from is less important. Being remote or in an office doesn’t personify people or become the feature of your culture; more simply a utility of how you get stuff done.

And just maybe your startup contributes to the health and wellbeing of many young adults facing an increasing battle against loneliness. That’s a culture icon you could be proud of.

Perhaps Tom Hanks and Wilson can even be saved.