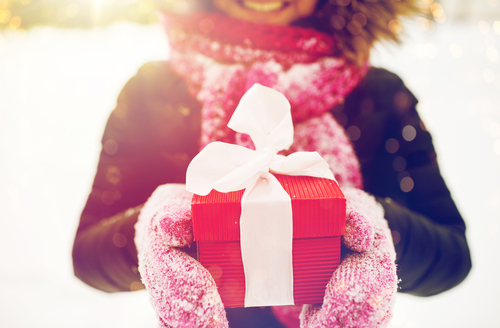 For people you spend 40 hours per week with, coworkers can be remarkably tough to shop for. You want to get them something personal, of course. But how personal is toopersonal? If Will wears a lot of crazy socks, would he want more? Or is buying clothing for coworkers over the line? Bob, who bikes to work, might like a rear light — but he also might see it as a sign of over-protectiveness.

There’s one vein of gifts, though, that nobody at work will mind you tapping — stress reduction. Stress is the blood that circulates the office body. Although it concentrates in particularly active areas, it fills every appendage. It’s so common, in fact, that 87 percent of U.S. workers lose sleep over work at least occasionally, an Accountemps study published this past March showed.

No matter how well they hide it, nearly all of your work friends are stressed out. The question is, which gift aligns best with each person’s source of stress?

Fear of failure is a workplace epidemic. This past April, an Ernst & Young survey found that just one in four American workers felt they had permission to fail at work.

If it’s clear that the stress to succeed is getting to someone on your team, get them this book by Brian Scudamore. In it, the founder and CEO of 1-800-GOT-JUNK reveals that he was plagued by panic attacks throughout his first decade in business. In time, however, he learned to accept failure. Eventually, he even started to see it as an ally.

For example, Scudamore shares a story about how he’d hired a few franchisees rashly when he was trying to get his brand off the ground. That mistake turned out to be the seed of Scudamore’s hiring philosophy — searching tirelessly for the right person, even if it means leaving a role unfilled.

There’s a reason so many executives hire an assistant: When you’re working full time, there truly isn’t enough time in the day to get everything done.

If you have a colleague who’s always rushing to their next task, consider hiring them some help. A virtual assistant may not be able to take their meetings for them, but you might be surprised at what a VA can do. From sorting emails to booking appointments to transcribing voicemails, VAs can tackle those in-between tasks that tend to pile up during busy periods.

Aren’t VA services too expensive for a casual gift? Not necessarily. Fancy Hands offers a gift plan that includes five tasks per month for two months for just $60. If that’s still too much, offer to take a few tasks from them yourself.

Sometimes, the best remedy for stress is a reminder that persistence pays off. Written by Angela Duckworth, the daughter of a scientist who derided her lack of “genius” — who’s now a university professor — “Grit” is a testament to the power of passion and perseverance.

Think of this New York Times bestseller as a character study in success. “Grit” takes the reader to visit freshmen at West Point, finalists in the National Spelling Bee, and executives like JP Morgan CEO Jamie Dimon. Duckworth weaves their stories together into a refreshing argument for tenacity over talent.

Who at work most needs this book? Look for the hard worker who lacks confidence in his or her skills. Someone who’s suffered a recent setback, such as a demotion, might be a particularly smart choice.

Should you go out for lunch today? Are the more expensive pens worth it? Should you catch your manager before she leaves or wait until tomorrow to ask for time off?

Every day, you make dozens of decisions at work that don’t actually matter. The trouble is, every one of them creates decision fatigue, which can leave you feeling drained when it comes time to make mission-critical choices.

Although your boss probably wouldn’t like you, or any other employee, making big calls by means of a magnetic ball, she shouldn’t mind you leaving the smaller ones up to fate. Get this gift for the indecisive person on your team. If he can’t decide whether he likes it, tell him to test it out.

Believe it or not, exercise works about as well as medication for reducing anxiety symptoms. Plus, it’s free, feels good, and has essentially no negative side effects

If there’s someone on your team who seems frazzled all the time, consider getting them this gift. Just be sure you know the recipient well. At $87, it’s a bit more expensive than other gifts on this list. Remember, too, that gifting exercise equipment can also stir unintended implications about the receiver’s weight or health habits.

You may not be the gift guru of your office, but you can bet everyone could do with a little less stress. Now, you just need to pair gifts with the right people, order them on time, wrap them, hide them until the big reveal, and be a gracious gifter. Stressed out? Go ahead — get one of each for yourself.