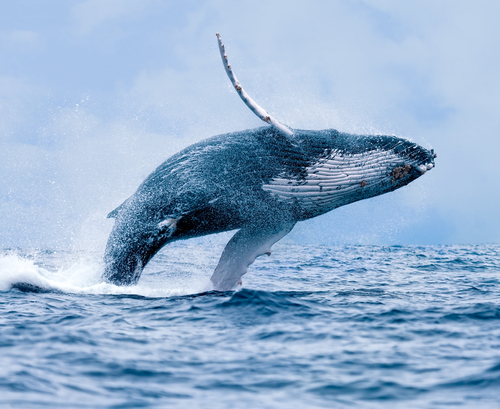 Japan says it is to restart commercial whaling in July in a move that is likely to draw international criticism.

It said it would withdraw from the International Whaling Commission (IWC), the body tasked with whale conservation.

Commercial whaling was banned by the IWC in 1986 after some species were driven almost to extinction.

Officials in Japan, an IWC member since 1951, say eating whales is part of the country’s culture.

For many years Japan has hunted whales for what it calls “scientific research” and to sell the meat, a programme widely criticised by conservationists.

Wednesday’s announcement had been expected, but conservation groups warn the move will have serious consequences.

It means Japan will be able to freely hunt species currently protected by the IWC, like minke whales.

What did Japan just announce?

As a result, Japan will stop hunting in Antarctic waters and the southern hemisphere, a prospect conservation groups had welcomed before it was formally confirmed.

A statement by Japan’s government said the IWC was not committed enough to one of its goals, of supporting sustainable commercial whaling.

It accused the IWC of being focused only on the aim of conserving numbers.

A number of coastal communities in Japan have hunted whales for centuries, but consumption in the country surged only after World War Two when whales were the main source of meat. It has plummeted in recent decades.

According to Japan’s Asahi newspaper, whale meat makes up only 0.1% of all meat sold in Japan.

What’s been the reaction?

“Australia remains resolutely opposed to all forms of commercial and so-called ‘scientific’ whaling,” the statement added.

Before the formal announcement was made, Nicola Beynon, head of campaigns at Humane Society International in Australia, said Japan would be “operating completely outside the bounds of international law”.

She added: “This is the path of a pirate whaling nation, with a troubling disregard for international rule.”

Greenpeace Japan urged the government to reconsider, and warned it would risk criticism as the host of the G20 summit in June.

Sam Annesley, Greenpeace Japan’s executive director, said: “It’s clear that the government is trying to sneak in this announcement at the end of year, away from the spotlight of international media, but the world sees this for what it is.

“The declaration today is out of step with the international community, let alone the protection needed to safeguard the future of our oceans and these majestic creatures.”

What is the current whaling ban?

In 1986, IWC members agreed to a moratorium on hunting to allow stocks to recover.

Pro-whaling nations expected the moratorium to be temporary, until consensus could be reached on sustainable catch quotas.

Instead, it became a quasi-permanent ban. Whaling nations, such as Japan, Norway and Iceland, however argue the practice is part of their culture and should continue in a sustainable way.

Today, whale stocks are carefully monitored, and while many species are still endangered, others – like the minke whale that Japan primarily hunts – are not.

In September, Tokyo tried to get the IWC to allow commercial catch quotas but the proposal was rejected.

It will still be bound by certain international laws, despite leaving the IWC.

Japan could either try to set up another international body if it manages to get enough other countries to sign up – or join an existing one like the North Atlantic Marine Mammal Commission (Nammco) instead.

Like a smaller version of the IWC, Nammco is a grouping of pro-whaling nations – Norway, Iceland, Greenland and the Faroe Islands – born out of frustration with the IWC.

Hasn’t Japan been whaling all along?

Yes, Japan has been hunting whales for the past 30 years but under a scientific programme, granted as an exception under the IWC ban.

Critics say the practice is a cover for what actually amounts to commercial whaling.

It means that whales can be taken for scientific studies and the meat can later be sold for consumption.

Japan has caught between about 200 and 1,200 whales each year, saying it is investigating stock levels to see whether the whales are endangered or not.

Why can’t the IWC agree?

Japan has repeatedly tried to overturn the moratorium and secure agreement on sustainable catch quotas.

The last attempt to do so came in September at an IWC summit in Brazil.

Japan offered a package of measures, including setting up a Sustainable Whaling Committee and sustainable catch limits “for abundant whale stocks/species”.

The proposal was voted down. Since then there has been talk of the country simply leaving the body so it will no longer be bound by its rules.