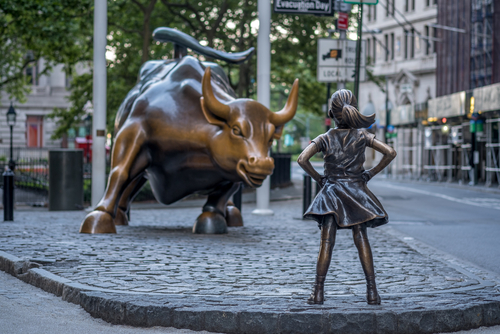 Travis Kling, a former Point72 Asset Management executive, a hedge fund that oversees $12.4 billion in assets, said that there is a big chance crypto becomes the best performing asset in 2019.

The Ikigai Fund founder made the case that cryptocurrencies were never present during a proper bear market in traditional finance and the decline of the Nasdaq Composite and the Dow Jones could lead more investors into the cryptocurrency space.

Crypto has never existed during a bear market in traditional assets. BTC was birthed at the very beginning of the largest monetary experiment ever- globally coordinated QE. Ending QE is causing pain There is a significant chance Crypto is the best performing asset class in 2019

This week, the U.S. stock market officially entered a bear market as the Nasdaq Composite lost more than 20 percent of its value within one quarter.

While the market would have to drop by an additional 20 percent to delete 2017 gains, which was the best performing year in recent history, a steep sell-off in the broader financial market has started to largely impact both large-scale conglomerates and small to medium-size businesses.

Kling, who now operates a cryptocurrency-focused fund, said that it makes “sense” for the crypto market to bottom before the stock market achieves a bottom, considering the intensity of the sell-off of U.S markets and the struggle of the Chinese economy.

“You’re already seeing that. Been seeing it all year. It would make complete sense to me that crypto would bottom out months before traditional asset classes,” the investor added.

In August, Kling created Ikigai Fund and resigned his position at Point72 with a strong belief in the long-term prospect of the cryptocurrency sector.

At the time, he emphasized that he believes cryptocurrencies have the potential to become a multi-trillion dollar asset class.

“Same as that earlier invention, I believe crypto will create trillions of dollars along the way. Already the market for virtual coins is valued at hundreds of billions of dollars. And it’s all just getting started. So I left Point72, billionaire Steven A. Cohen’s hedge fund, in December to continue my investing career, but in a new asset class,” Kling wrote on August 1.

Since early December, from $100 billion to $144 billion, the cryptocurrency market added $44 billion to its valuation amidst a strong corrective rally.

Ethereum (ETH) and Ripple (XRP) have increased by around 60 percent within the past week, mostly due to extremely oversold conditions the market demonstrated.

But, many traders and analysts believe the bear market of cryptocurrencies is not over just yet but it may be at the last phase of the downtrend.