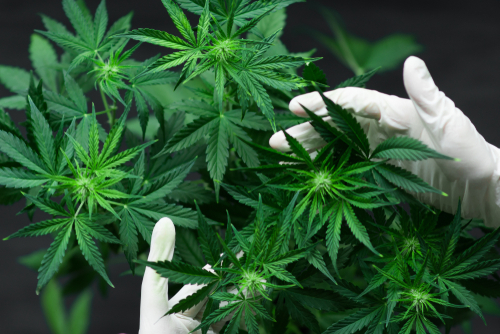 What Does the New Farm Bill Mean For Legal Cannabis?

By legalizing hemp, the Farm Bill has created a legal source of CBD.

The Farm Bill signed in December 2018 clears the way for CBD products to become legal nationwide – or, at least, that is the hope of marijuana industry advocates.

If that is the way the situation unfolds, it would eliminate the ambiguity that has hung over CBD products since states began legalizing marijuana, starting with Colorado in 2014. That’s because the federal government still lists marijuana as an illegal Schedule I drug in the Controlled Substances Act, alongside cocaine and heroin.

However, by legalizing hemp in the Farm Bill, the U.S. Congress and the president opened the door to CBD products, which are derived from hemp. Much of it will depend on what states decide to do.

But the potential is there. Colleen Keahey, president of the Hemp Industry Association, told Consumer Reports that legalizing hemp in the U.S. could mean “doubling or tripling domestic cultivation within the next year.”

What Are CBD Products?

At this point, the question might be “what aren’t CBD products?” CBD, which stands for cannabidiols, is already being infused into gummies, candy, chocolate, coffee, water, pet food, specialty menu items at restaurants, lotions, oils, bath soaks – the list goes on and on.

Why the popularity? Because CBD has been found to help relieve headaches, muscle aches, menstrual cramp pain, chronic pain, anxiety and even depression. Athletes have espoused its use both before and after workouts.

CBD also is an ingredient in Epidiolex, approved this year by the federal Food and Drug Administration to treat seizures for people who suffer from two of the most severe forms of epilepsy. It is the first drug approved by FDA with a derivative of cannabis and signaled a regulatory shift away from the Drug Enforcement Agency, at least regarding pharmaceutical use of CBD, to the FDA.

Importantly, CBD is the chemical in marijuana that does not cause the “high feeling” (that’s THC). This is an important distinction when it comes to considering the Farm Bill.

In passing the Farm Bill through the Senate, Republican Majority Leader Mitch McConnell ensured that it contained a provision that made domestic hemp legal. It helps that his home state of Kentucky sold $16 million in hemp in 2017 alone under a state pilot program McConnell supported.

The president even signed the bill with a pen made from Kentucky-grown hemp that McConnell provided.

Among its many provisions — including $867 billion in programs over the next decade — the Farm Bill also accomplished two major CBD-related goals.

As pointed out in Rolling Stone, that does leave some uncertainty about how the USDA will view the state plans and whether this could become a major obstacle. If states do not submit a plan, individual growers have the right to submit a plan directly to the federal government.

In a sign of the significance of the change, Colorado-based Charlotte’s Web namedEugenio Mendez as chief growth officer for the company. Charlotte’s Web specializes in producing CBD-infused wellness products, including beverages. Mendez formerly served as vice president of global marketing for water, enhanced water and sport drinks at Coca-Cola.