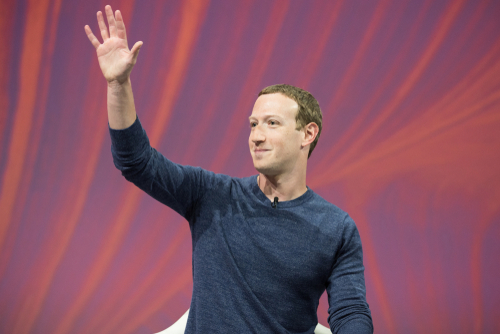 Mark Zuckerberg’s Former Mentor: ‘The People at Facebook Live in Their Own Bubble’

By now we all know the story of Mark Zuckerberg’s rise from his Harvard dorm room to becoming a 23-year-old billionaire. But how the past couple of years have played out, particularly the handling of the Cambridge Analytica scandal, has given Roger McNamee, an early investor in the company and former mentor of Zuckerberg, some pause.

McNamee, the founder of venture capital firm Elevation Partners and co-founder of equity firm Silver Lake Partners, penned an essay for Time Magazine about his unease and suggested solutions for how to make Facebook and other Silicon Valley players more accountable as they grow.

“My early meetings with Zuck almost always occurred in his office, generally just the two of us, so I had an incomplete picture of the man, but he was always straight with me,” McNamee recalled of his first interactions with Zuckerberg. “Zuck could not have been a better mentee. We talked about stuff that was important to Zuck, where I had useful experience. More often than not, he acted on my counsel.”

But he wrote that he began feeling concerned in the lead up to the 2016 election when he noticed a trend of content associated with Sen. Bernie Sanders’s presidential campaign that came from dubious sources, and alerted Zuckerberg and COO Sheryl Sandberg.

McNamee wrote he felt “shocked and disappointed” upon learning of Facebook’s handling of user data and how the platform was used to spread misinformation during the 2016 election and Brexit vote in the U.K. “I have never had a reason to bite Facebook’s hand. Even at this writing, I still own shares in Facebook,” McNamee wrote. “My criticism of the company is a matter of principle, and owning shares is a good way to make that point.”

From his activist investor perspective, McNamee wrote that Facebook’s business M.O. for the past several years has focused on growth hacking — measuring how users reacted and interacted with all aspects of the social platform, down to small changes in how the site looked.

“Every action a user took gave Facebook a better understanding of that user — and of that user’s friends — enabling the company to make tiny ‘improvements’ in the user experience every day, which is to say it got better at manipulating the attention of users,” McNamee explained. “Any advertiser could buy access to that attention. The Russians took full advantage. If civic responsibility ever came up in Facebook’s internal conversations, I can see no evidence of it.”

McNamee also had a critical assessment of Facebook’s ethos and mission.

“The people at Facebook live in their own bubble. Zuck has always believed that connecting everyone on Earth was a mission so important that it justified any action necessary to accomplish it,” McNamee wrote. “Convinced of the nobility of their mission, Zuck and his employees seem to listen to criticism without changing their behavior. They respond to nearly every problem with the same approach that created the problem in the first place: more AI, more code, more short-term fixes. They do not do this because they are bad people. They do this because success has warped their perception of reality. They cannot imagine that the recent problems could be in any way linked to their designs or business decisions.”

McNamee also cast a reproving eye to the company’s crisis management strategy: “When confronted with evidence that disinformation and fake news had spread over Facebook and may have influenced a British referendum or an election in the U.S., Facebook followed a playbook it had run since its founding: deny, delay, deflect, dissemble. Facebook only came clean when forced to, and revealed as little information as possible. Then it went to Plan B: apologize, and promise to do better.”

When Time asked the company for comment, Facebook shared a lengthy post from Sheryl Sandberg written in late December 2018 detailing what the company is doing to address many of the concerns that McNamee and others have raised in recent months.

This isn’t the first time that McNamee has voiced his concerns publicly. Prior to the Time cover, he wrote op-eds for USA Today and The Washington Post and spoke toQuartz about the need for more regulation and transparency in this space.

When Zuckerberg wrote his 2019 New Year’s resolution, he said that his goal was to “host a series of public discussions about the future of technology in society — the opportunities, the challenges, the hopes, and the anxieties.” One has to wonder whether it’s crossed his mind to bring McNamee and other critics to the stage as someone who could speak on both the past and future.