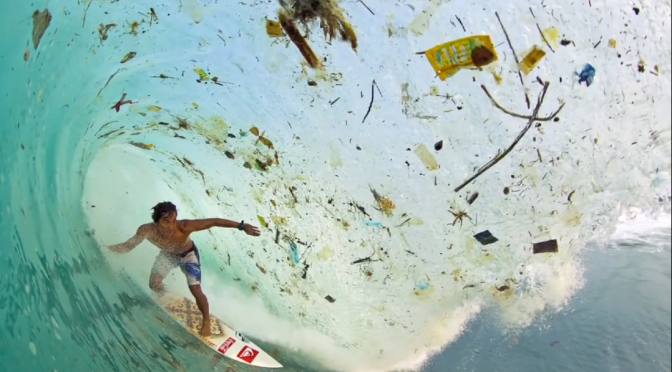 Pollution in Paradise: Is there any hope?

“Located almost in the centre of the Pacific Ocean, Hawaii is one of the most isolated, yet populous places on earth. That’s why the majority of environmental issues affecting Hawaii today are related to pressures from increasing human
and animal population increasing every year. As the separation between the islands is fairly small and this also enhances pollution and doesn’t solve the issues of over-populating.”
“A lot of bird species also have been driven nearly to extinction even before non-natives came. However, due to the import of non-native species brought by man more species have been put in danger.
The species which influenced these dangers are cats, dogs, rats etc. All of these are not native to the islands and therefore have had a bad impact.”
“The quality of air in Hawaii is actually pretty well balanced and is rated one of the best in the whole US. However, if people don’t preserve this, the quality of air can, too, be liable for deterioration as it has become
increasingly polluted due to the large population and rapid development on the islands. “
“Tourists cannot be blamed for pollution but they can be made aware of their impact. Several million people visit Hawaii every year and this number keeps increasing all the time.
We have to ask ourselves: What sort of impact does this leave on these islands? Well, the answer is alarming.”
“As a result of the constant plastic pollution of the waters surrounding the Hawaiian Islands, floating plastic garbage is a problem is affecting numerous beaches. Even the nature itself works against the islands
as the positioning of Hawaii in particular makes it a high-impact target for marine debris carried from other locations around the world. For example, presently, floating plastic garbage from disposable consumer
products eventually finds its way onto the reefs and beaches in Hawaii. Kamilo Beach, located at the southern tip of the Big Island, has been devastated by plastic pollution from the patch
and was named “The Dirtiest Beach in the World 2018” by the British Broadcasting Company (BBC). “
“However, we have to admit that many businesses have switched already to eco-friendly policies in order to make a balance for Hawaii’s nature. And we are proud that Haultail™ is one of them. Don’t you think that
eco-friendly companies deserve our support?”
Liked the article? Subscribe now to receive the hottest news and tricks every day.