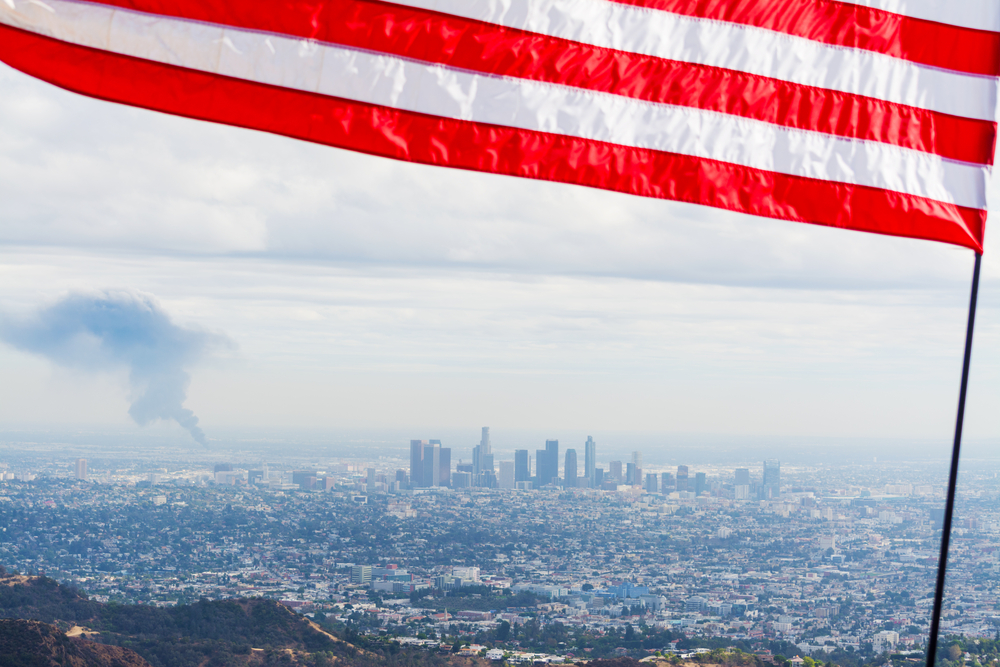 The US is a hotbed of climate science denial when compared with other countries, with international polling finding a significant number of Americans do not believe human-driven climate change is occurring.

A total of 13% of Americans polled in a 23-country survey conducted by the YouGov-Cambridge Globalism Project agreed with the statement that the climate is changing “but human activity is not responsible at all”. A further 5% said the climate was not changing.

Only Saudi Arabia (16%) and Indonesia (18%) had a higher proportion of people doubtful of manmade climate change.

Americans were also more likely than any other western country polled to say they did not know whether the climate was changing or people were responsible – a total of 13% said this.

But despite these views, the great majority of US citizens do accept the science of climate change, with nearly four in 10 saying human activity was at least partly responsible, potentially with other factors, and a further third taking the stronger view that human activity is the dominant cause.

Scientists overwhelmingly agree that people are causing climate change through the exponential increase of greenhouse gas emissions over the years. Global emissions are still rising, and the last four years have been the hottest since records began.

Last October, the Intergovernmental Panel on Climate Change, the body of the world’s leading climate scientists, warned of the dire consequences of continued global warming, indicating the window of opportunity for action had narrowed to as little as 12 years.

A global movement of young people calling for action has sprung up as a result, spearheaded by the Swedish teenager Greta Thunberg, giving way in London to a more feisty display of street protest orchestrated by the Extinction Rebellion group.

In the US, street protests have been less visible but the political landscape around climate change has been transformed by the Green New Deal, an effort by the Democratic congresswoman Alexandria Ocasio-Cortez to spur a second world war-level mobilisation to stem the increasingly severe hurricanes and wildfires that are racking the country.

This week a UN global assessment report, compiled over three years by more than 450 scientists and diplomats, warned that a million species are at risk, largely as a result of human actions that are accelerating the decline of the Earth’s natural life-support systems at an alarming rate.

But wider denial of climate science is down to a concerted campaign of misinformation by fossil fuel interests and aspects of American character, according to Margaret Klein Salamon, a clinical psychologist who founded the advocacy group Climate Mobilization.

“The Koch brothers and the fossil fuel industry have put billions of dollars into lying to the American public, even sending literature to science teachers in schools,” Salamon said. “They are so well organised and have managed to turn climate change into a controversial subject that gets shut down. It’s clearly working.

“There is also the issue of American individualism, remnants of manifest destiny, that don’t set us up well for understanding that we are part of the web of life. The American dream is quite self-involved. We need a new American dream.”

Americans also appear unusually prone to climate-related conspiracy theories, the YouGov data suggests. A total of 17% of those polled agreed that “the idea of manmade global warming is a hoax that was invented to deceive people”.

Belief in this conspiracy theory, which was previously invoked by Donald Trump, who falsely claimedclimate change was made up by China, increases with age and also conservative political ideology. A total of 52% of Americans who described themselves as “very rightwing” to YouGov insisted global warming was a hoax.

In Europe, fewer than one in 10 people across the major countries surveyed thought the climate was not changing or not changing owing to human activity, with only Poland showing a slightly higher number, with 12% taking one of these views.

In the UK, the public’s appetite for stronger action on climate change appears to have increased markedly in the past few weeks alone, after this polling was carried out. The Extinction Rebellion mass protests have met with broad support, and the youth activist Thunberg was greeted by senior politicians, including the Labour party leader, Jeremy Corbyn, and the environment secretary, Michael Gove.

Last week the UK government’s statutory adviser, the Committee on Climate Change, recommended ways in which the UK could reduce its greenhouse gas emissions to net zero by mid-century, and the UK parliament voted that the world was in a state of “climate emergency” and that action must be taken accordingly.

Individuals often shrug that there is little they can do on their own – but the YouGov survey found people are already examining their own shopping habits for environmental reasons.

A clear majority of those surveyed across all countries took the view that it was fairly or very important to buy ethical goods made in socially and environmentally responsible ways.

The YouGov polling data, published exclusively by the Guardian, shows a clear majority of people around the world think climate change is happening and that it is all or partly down to human actions.

Though holdouts still remain, particularly among people with self-described very rightwing political views – a third of whom either took a sceptical stance or said they did not know when asked about climate change – there appears a mandate in this data for politicians to take a bolder approach to dealing with global warming, said Wendel Trio, the director of Climate Action Network Europe, a civil society group.

“Poll after poll confirms that there is a large majority of citizens who recognise that climate change is happening and is manmade,” said Trio. “Citizens expect governments to act and reduce our negative impact on the climate. Governments have the obligation to drastically increase emission reductions and protect their citizens from climate disasters.”