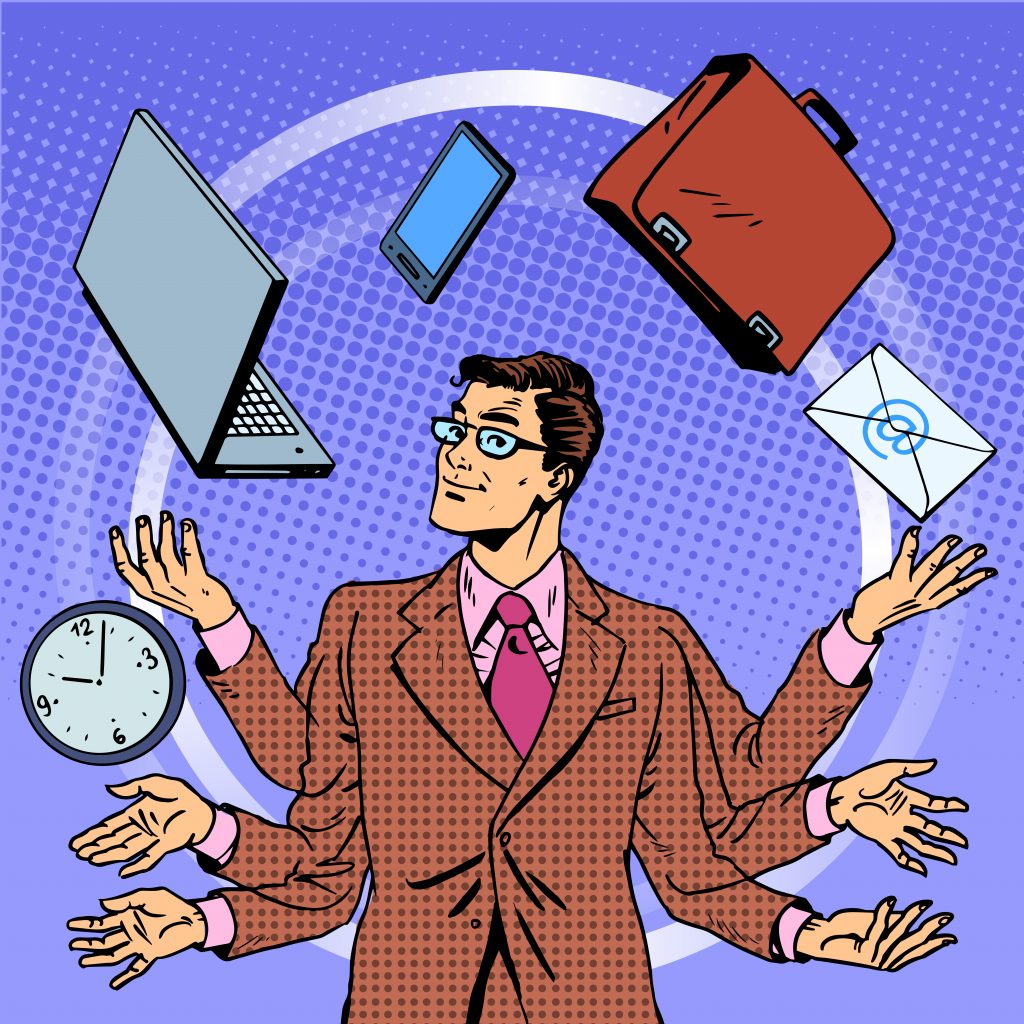 Online dating is changing how we perceive romance and interact with other. But, is this a good thing?

Before her morning consisted of the usual: a hot cup of black coffee right off the bat, some flexibility stretches and tuning in to her favorite radio station. But that routine radically changed when she installed Tinder almost six months ago. Nowadays, Isabella’s routine entails nothing but swiping through an endless stream of pictures of men, ages 25 to 48, in various outfits and in their best poses, all hoping to get the attention of a next-door-girl like her. Isabella spends 20 minutes every morning lying in bed swiping left and right, vigorously, desperately looking for a new match, better than the ones she has had over the past year. She gets a dopamine rush every time she hears a new ding on her phone and becomes irascible when she doesn’t get any. The funny thing? She’s not even interested in a relationship right now nor in having actual dates. She’s just swiping away. Isabella is in love with Tinder.

Never before have humans — without any social or geographic constraints — been able to mingle freely with each other just by swiping our fingers any time we want, swiftly and privately. In this new online world, dating apps represent a contemporary experiment where relationships and intimacy are being redefined. But have online dating apps changed how we perceive love and engage in romance? And do the benefits outweigh the risks?

Globally, 200 million people every month use digital matchmakers like Tinder, Grindr or Bumble — all location based — to find a potential partner. In a world where being single appears to be the norm, in this century choosing a partner digitally offers tons of benefits. Online dating is a powerful tool for individuals whose preferences or social condition means that finding a partner is particularly difficult, either because of physical or social isolation. In countries where homosexuality is penalized, apps like Grindr offer a safer and more convenient space for same-sex dating and sex.

Before the advent of the Internet, romance and courtship used to be activities that took place at college, in bars, at church, etc. Today, smartphones have found their way to our hearts, putting digital bars in our pockets. Dating online is resulting, perhaps already has resulted, in a significant cultural transformation of how we envision love, romance, and sex.

Nowadays, match-making apps are responsible for the rise in interracial marriages in the US. As demonstrated by economists Josué Ortega at the University of Essex, and Philipp Hergovich at the University of Vienna, the use of dating apps allows us to break down boundaries. This ultimately leads to a more integrated society and more mix-race couples.

“Online dating is a great way to get out of our circles –not only race but also ideologies,” Ortega told New Scientist. The real world sometimes tends to be a homogeneous place. Online, those barriers are less present and everyone — despite their race or religious beliefs — can join in, which allows for greater diversity. Researchers from Harvard University and the University of Chicago also found in 2013 that marriages that started online were less likely to end in divorce and were overall happier than ones that started in traditional ways.

Yet, meeting online may also have negative consequences for our mental health, well-being, and serious social drawbacks. Dating apps are guilty of inducing the plenty-more-fish mentality, which makes it harder not only to decide whom to date but also to settle with anyone at all. Finding a date then becomes like choosing a movie on Netflix or ordering from a large restaurant menu. Today, it’s very common for young people to be dating several people at once. The logic behind this is that if one match doesn’t work out, there’s always going to be a backup waiting in the split millisecond it takes to swipe right.

For many users, however, the endless choice can become a burden. As Homo sapiens, we haven’t yet evolved to be exposed to so many sexual and romantic options. We are incapable of dealing with the infinite number of choices dating apps presents us, which leads to indecisiveness and stress.

This psychological phenomenon even has a name. Known as “The Paradox of Choice,” it explains that when people have the opportunity to choose from a large pool of options, they are less likely to make any choice at all. In an experiment conducted in 2000, researchers gave participants either a large array of jam (24 to 30) or a small one (six) to test how having more options affected a person’s decision-making. They found that giving individuals more choices made it less likely that they’d make any at all. The study concluded that people are more likely to make a selection and be happy with their choice when fewer options are available.

It doesn’t take a big stretch of the imagination to see how the Paradox of Choice could be applied to dating apps and their large pool of prospective lovers — a pool that increases every second. This leaves some individuals with the sensation that even when they have already found someone, with so many potential partners out there waiting, there might still be someone better out there for them. Why settle when the next sexual conquest is a thumb swipe away?

By looking at the grass on the other side — which is not always greener — one might miss the opportunity of finding a suitable stable partner. Chances are that by constantly seeking for a better option, one might be left out without any at all. In her book “Alone Together” author Shrerry Turkle (2011) argues “these days insecure in our relationships and anxious about intimacy, we look to technology for ways to be in relationships and to protect us from them at the same time.”

Since most dating apps are largely based on appearance, many users often complain of stress when confronted with the brutal realities of the digital meat market. Negative emotions about body image and self-esteem are amplified when strangers can issue snap judgments on attractiveness, which can then lead to episodes of depression and anxiety according to the American Psychological Association. For gay men, hook-up apps like Grindr enable not only sexual liberation, but also pose a series of negative mental health risks, with 77% of users feeling regret after using the app whilst use of Tinder led to regret among 56% of users.

“With a focus on appearance and social comparisons, individuals can become overly sensitized to how they look and appear to others and ultimately begin to believe that they fall short of what is expected of them in terms of appearance and attractiveness”, observes Trent Petrie professor of psychology at the University of North Texas, and co-author of Love me Tinder: Body image and psychosocial functioning among men and women.

Dating apps are the free-market economy equivalent of relationships. By default, online dating is a by-product of capitalism. Love is seen as a commodity, something to be used and consumed, rather than an invaluable human emotion to be cherished. In Liquid Love, Zygmunt Bauman argues that computer-dating has transformed modern love and courtship into a type of entertainment where consumers can date “secure in the knowledge they can always return to the marketplace for another bout of shopping.”

Unfortunately for us, love is, for these romance-based companies, just a currency based primarily on the value of physical attractiveness. Some, like Vanity’s Fair writer Nancy Jo Sales, compare Tinder’s revolutionary swipe function with online shopping: “swiping has been jocularly incorporated into advertisements for various products, a nod to the notion that, online, the act of choosing consumer brands and sex partners has become interchangeable.”

“Dating apps are the courtship equivalent of next-day shipping, where you don’t have to twiddle your thumbs and wait for an adequate romantic prospect to drift by,” writes Lauren Petersen in her essay Wanting Monogamy as 1,946 Men Await My Swipe.

Thus, millions of users are trusting finding love, sex, and romance on a handful of phone-based dating companies. Unquestionably, modern love has become more centralized. Which raises the question: is there a conflict of interest between people’s emotions and these apps’ profits? Are the apps’ business goals and their users’ goals always aligned?

It would be naïve to think that the companies engineering closely every aspect of the matchmaking process, tweaking and programming the algorithms that will become our potential dates, really care about our overall happiness. In the end, if everybody finds the perfect match they’ll be out of business.

Yet, even though online dating still needs to improve some of its features, we shouldn’t deny its benefits. Digital matchmakers have helped and are helping millions of people make real connections efficiently — sort of — ultimately also allowing us to liberate ourselves sexually and romantically. But, it is imperative to practice some technology hygiene before the apps end up controlling our lives. Everything in moderation can have a space in our lives and hearts too.

Despite the fact that meeting people online is not a labor-intensive activity, it is important to note that true love takes great effort, attention, patience, and resilience. In the end, genuine attraction and romance are more than just a thumb swipe away.