The Rise of the Brands

The Day the World Stood Still

On 2nd April 1993, as consumerism became increasingly integrated with people’s lives, the unthinkable happened: one of the world’s first and foremost leaders in advertising and design bent down to price pressures and cut back on advertising. The company was Philip Morris, which had announced a 20% reduction in the price of its Marlboro-branded cigarettes to regain market share lost to lower-priced competitors. Experts believed that the millions of dollars spent on advertising, coupled with the addictive nature of Marlboro cigarettes, would make the Marlboro brand immune to price wars. However, the 2nd of April in 1993, now known as “Marlboro Friday”, sent experts reeling in fear that advertising had lost all its value. It was posited that consumers no longer cared about brand names, but rather the value derived from commodities. However, this was proven wrong as branding campaigns intensified in the decades following Marlboro Friday.

Marlboro-branded cigarettes were originally targeted towards women. Following product and technological developments in the 1950s, Philip Morris wished to gain market share amongst men. The product being marketed was a filtered cigarette, which eased the harmful effects of smoking. Market surveys had revealed that while men would not mind switching to filtered cigarettes, they were “afraid of being seen smoking a cigarette marketed to women”.

At the time, most advertisements — including those of competitors — focused on the technology behind the cigarette, with boastful claims being made about its scientifically proven benefits. 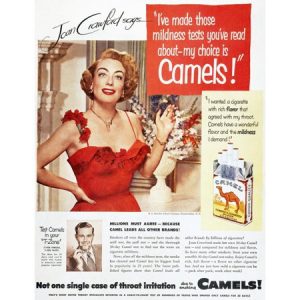 Philip Morris’ advertiser, Leo Burnett, developed an alternate theory to solving this crisis. While every brand positioned itself as the safer and healthier option, Marlboro developed new icons targeted towards men. The plan was to present an array of manly figures such as weightlifters, farmers, construction workers, and mechanics integrating Marlboro’s cigarettes with their daily activities. The cowboy figure appealed to advertisers as the most macho of all figures, leading to the birth of the ‘Marlboro Man’ in 1954. The cowboy figure was portrayed as hard-working and independent — the archetype of manliness. Video advertisements provided perhaps only a second of screen time to the cigarette, with maximum time provided to the brand icon.

Marlboro’s image was then perfectly groomed and improved with increased spending on advertising. In two years, Philip Morris charted a near three hundred per cent growth in sales.

What Happened That Friday

On 2nd April 1993, Philip Morris reduced the price of its Marlboro branded cigarettes by twenty per cent to regain market share that was lost to lower-priced competitors. The Marlboro Man campaign was the oldest running advertisement campaign then.

Experts claimed that a premium brand like Marlboro reducing its price to compete with “no-name brands” was an indication that advertising’s death was imminent. Stock prices for numerous other household brands, namely Coca-Cola, Procter and Gamble, and Heinz dropped drastically too. Marlboro Friday led to a marked decrease in advertising expenditure in the United States that year. Experts predicted that premium brands’ high prices would be avoided in lieu of cheaper alternatives.

Philip Morris was quick to recover from the losses incurred due to the price wars. Recessions in the 1990s had made consumers more price-conscious, causing a shift in preference to discounted products. Soon, as economies recovered, businesses learnt more about brand promotion. Slapping a sticker onto a product was no longer enough; consumers needed more to be convinced. Thus, while events like Marlboro Friday signalled significant flaws in strategy, the doom of the brand never quite arrived, and companies were quick to jump onto the brand-wagon.

The Marlboro Man continued to be a stellar icon of manliness and a perfect case study in the world of branding until the early 2000s.

Numerous markets, today, are dominated by major companies’ brands. The companies spearheading the growth of these brands are meticulous in their planning and strategy, recognising that people now consider products as essential parts of their life — not just disposable items. Hence, with the Marlboro Man campaign’s major success, companies spotted the value in a particular style of advertising: lifestyle advertising.

A catchphrase that is popular in the branding industry says“people don’t just buy products; they buy better versions of themselves”.

Lifestyle advertising carefully ties segments of the average person’s life to a product. Such advertising tends to shine less light on the characteristics of the product, focusing instead on the attributes of the people who purchase the product. Lifestyle advertising convinces people that they, too, can be akin to a subject pictured in the advertisement. Thus, companies tend to infuse deep and meaningful messages with their products: Coca-Cola sells happiness and vitality; Apple sells individualism and simplicity; and Nike sells confidence and motivation with its shoes — the key to persuading a newbie in sports.

Thus, the rise of lifestyle advertising spurred a shift to focus on “branding” over advertising. A brand is more than just a name; it associates itself with a variety of actions and emotions. The most successful branding strategies tend to envelop the entire focus of a company, as opposed to simply promoting a product. Thus, strong brands typically rope in facets of experience design.

One exemplar of a brilliantly crafted brand is “the Starbucks experience” — a term often thrown around in conversations. A simple procedure of baristas writing names on cups is not all that makes Starbucks so appealing and satisfying. Starbucks, since its inception, has attempted to construct a relaxing experience by selling sophistication and affluence with its store designs. Tables are kept free of clutter, and most furniture tends to have a wooden finish. Occasionally, Starbucks also sneaks in some elements that belong to the local culture in which the store is situated. However, all objects stick to Starbucks’ colour palette, which comprises green, white, yellow, and brown — a constant reminder that the environment does belong to Starbucks. The use of warm yellow lights signifies comfort, while also making metallic and glossy objects distinctly shine. These colours define a larger purpose of enhancing the company’s personality — positive, rich, and environmentally friendly. Baristas are also trained to be especially welcoming and positive towards customers. Thus, nobody ever walks out of a Starbucks having spent an exorbitant amount on simply coffee. The amount is also spent on the experience crafted by Starbucks.

Contrast this to the design of the typical Apple store. While both Starbucks and Apple tie sophistication to their brands, there is a minor difference in their definitions of sophistication, as is evident from the design of their stores. Apple stores utilize wooden flooring, transparent glass fronts, and all-white tables to provide more focus to the products being showcased. The walls rarely house cluttered posters, instead showcasing product photography with bold typography. Stores use bright white lights, again, to highlight the simplicity of the environment, and to provide focus to the products on display. Keeping in mind that users touching products increases the likelihood of a sale, Apple does not set any time limit on the usage of products on display. Apple store employees are trained to be polite and friendly as well, highlighting the importance consumers place on person-to-person interactions.

Thus, the similarities and differences in the strategies behind some of the biggest brands tell us a lot about ourselves as consumers: the importance we place on stores having polite staff, what convinces us, and our desire for simplicity. As the pool of consumers around the world has grown in size and diversity, we see companies increasingly investing in product differentiation and brand design. As we’ve seen, the art of crafting experiences for humans is in no way an easy task. It involves a conglomeration of psychology, art, economics, and science. Nonetheless, it is such critical thinking that impresses on the unique preferences of humans, and our desire for comfort and happiness.