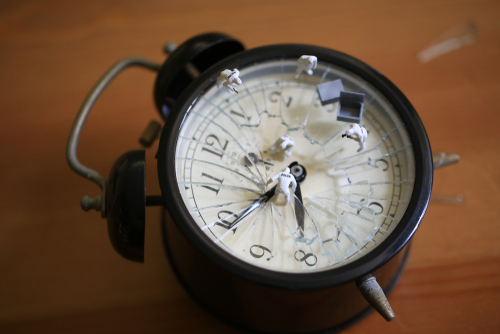 How Technology Is Stealing Our Time

On the effects of counterproductivity, and how better technology consumes more time than it saves.

Once upon a time, women were forced to spend all their time burdened with housework. But then, to their rescue came technology. With the creation of vacuum cleaners, dishwashers and washing machines, technology liberated women and gave them more time to focus on what they really cared about. Except, it didn’t. It actually did the opposite.

As Ruth Cowan revealed in her book “More Work For Mother”, the amount of time women spend cleaning the house has remained the same since before the industrial revolution.

“How is that possible?”, you’re probably thinking.

And you’d be right. Since the beginning of civilisation, technology has allowed humans to do more with less. But an often forgotten fact is that while it does make work easier, technology creates new work by changing who does the work and raising the standards to which it is done.

The Curious Case Of Counterproductivity

The Austrian philosopher Ivan Illich coined the term counterproductivity to describe the phenomenon in which many technologies seem like they save time and money at first glance, savings which vanish as soon as a full cost-benefit analysis is done.

Take, for example, the automobile. Automobiles are undoubtedly more efficient than walking. While you walk at about 5 km/ h, cars can easily top speeds of 100km/h. Even if you passed a red light, your average speed would still be quite high. Or so you think.

If you include all the hours you work to buy the car, pay for insurance, pay for petrol, pay for maintenance, pay for parking tickets, as well as the time spent traveling and in traffic jams, Illich found that the average speed of an American Car was 6 km/h (3.7 mph). And that was in the 70s, when the USA had 40% fewer inhabitants.

While it does make work easier, technology creates new work by changing who does the work and raising the standards to which it is done.

Or perhaps even the epitome of modern convenience — the smartphone. With a smartphone, you can send emails, take photos, and access social media instantaneously, wherever you go. Think of all that time you save from not having to send letters, process film, or actually keep up with your friends (liking one Facebook post every now and then counts as socialising right?)

Except all this convenience only creates more problems elsewhere. While you can send emails instantaneously, you have to spend a lot of time filtering out heaps of spam and irrelevant messages to reach that mythical inbox zero.

While you don’t have to go process your film in photography stores (or whatever old people did back then), the fact that you can take unlimited photos means that about 99% of the ones you take are completely useless and you need to spend time sorting them and backing them up .

And do you think social media really does help keep up with your friends? Good luck weeding through the advertisements, useless posts and general crap that is the internet today, and be careful, you’re probably going to waste 5 years of your life on social media.

The idea that more efficient technology doesn’t necessarily save time isn’t even from this century. In 1865, English economist William Stanley Jevon found that the demand for coal wasn’t decreasing with better energy efficiency; Factory owners with more efficient tools merely increased production. Increase in energy efficiency meant a higher use of technology which meant an increase in consumption.

These examples reveal a fundamental, yet often overlooked, aspect of technology. Technology doesn’t operate in a vacuum. It’s part of larger cultural systems that change and shift; improving the tech doesn’t necessarily mean improving the system.

Antilock brakes make drivers go faster because they trust their brakes more, and in American Football, better helmets haven’t changed anything — injury rates have remained the same because players have become larger and the game has become more physically demanding.

This context can help us understand why women spend the same amount of time doing housework as they did before household appliances were invented.

As Cowan found, before housework was automated, it was a gender neutral activity. The father, mother and children would all pitch in to help with the household chores. However, as technology increasingly made these tasks more efficient, most of the housework ended up as the mother’s responsibility.

The yearly spring cleaning was replaced with daily vacuuming, clothes were expected to be washed after one wear rather than when they were really dirty, and slowly, housework was redefined as mother’s work.

Acquiring A Better Relationship With Technology

In his book “The Art Of The Good Life”, Rolf Dobelli explains how he prevents counterproductivity by avoiding as much technology as possible. He doesn’t use a TV, radio, gaming consoles, smart watches, or Alexa. The extra complexity they would introduce to his life outweigh any benefits they would provide. As he explains —

“If it doesn’t genuinely contribute to something, you can do without it”

Perhaps we all need to reconsider our approach to technology. How much of our time does it really save, if it saves any at all? Ruth Cowan puts this very well —

We need to focus on our ultimate goals and make the technology work for us, rather than have the technology set the goal. If one brush isn’t doing the job on the canvas, you use the other brush

Take a step back and reconsider the technology you are using in your life, and consider a complete analysis. Are you spending less time doing what you had to before now that there is a more efficient method? Or, in reality, are you losing even more time?

To reach a healthier relationship with technology, we need to be aware of the complete effects it brings about in today’s world.

Tech might make work easier, but it doesn’t necessarily make life easier; the latter is completely up to you.