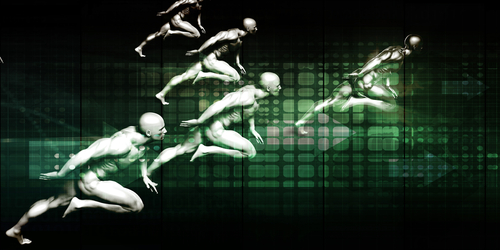 Tech titans are portraying a future with more equality, but are we doomed to repeat the same mistakes?

The technology industry is preparing for an automation revolution as artificial intelligence is becoming the dominant future trend. We are fully committed as 80% of enterprises have started investing in AI while 61% of businesses have already began implementation.

Technology companies require a substantially high demand for labor as the industry is set to stay dominant for decades to come; due to the lack of regulation, the never-ending rise of consumerism, and vast sums of capital investment allowing it to outperform other industries at a rapid pace.

As our reliance on technology is ever increasing you would think the number of jobs that are lost to automation can be rekindled by the very cause of the initial job losses, but it isn’t that simple.

The consensus view is that the labor shortage will be filled by a new wave of talent who want to change the future for the better through technology, but the reality says otherwise: Social, biological and cultural forces are at play within society that will challenge this view, potentially creating tremendous inequalities in wealth and intelligence between tech savvy and non-savvy individuals if left unchallenged.

But what exactly are catalysts of the upcoming disparities between tech insiders and outsiders, and how do we respond to them?

Over the last 50 years we’ve seen a boom in banking where the industry has been branded as no longer boring but dangerous. Meanwhile, the Tech Boomonly began in 1999, we are almost 20 years into a similar uprising, therefore, the bankers have everything to fear.

Just like banking, the greed and corruption of corporate dominance will prosper, handing all the wealth and power to high ranking technologists this time around, increasing the disparities between the rich and the poor just like banking industry has achieved in recent decades.

The time will come where governments will favor “too big to fail” tech giants as the recipients of future bailouts instead of the banks, because the tech giants will hold all the power in the near-distant future.

Occupy Wall Street, a movement to end greed and corruption, will be replaced by Occupy Apple, Occupy Facebook, etc. The company that gains the most power will be the focal point of the next resistance.

Technologists will replace the bankers as the scapegoat for wealth inequality, but just like the bankers, they won’t be punished for wrongdoing. Between finance and technology the former is easier to understand for the average joe. So, as A.I. takes over the intelligence gap will grow even wider, because only a small percentage of the population will understand how the infrastructure operates. This will allow them to get away with a lot more than the banking industry ever could.

Power will, therefore, be transferred to the tech giants that control the systems we become dependent on day to day. However, the banking elites will attempt to fight back using their monetary levers in order to hang onto power: The new battle for corporate dominance will be the Bankers versus the Technocrats.

Can We Change Stereotypes?

Ingrained within our society are certain stereotypes, some positive, some negative, but in the end, all are destructive. They create a general ignorance causing further division between different groups of people.

When it comes to technology, one thing is for sure, we need more people to be interested in technology and futurism in order for the labor force to grow. The dilemma we are facing is whether or not they exist.

People, blinded by stereotypes — through no fault of their own — won’t alter their perception of the tech industry, and the view that you need to be somewhat of a nerd or geek to participate will cease to change.

The stereotype created by the outside world of a modern day tech enthusiast will hold still, it won’t budge; geeky, nerdy, gamer, activist, this will barely change. You’ll hear the future generation of tech outsiders conform to the mainstream opinion saying, “I can’t do that, I’m not smart enough.” or, “that’s a job for geeks.”

Stereotyping is just one of the headwinds the tech sector faces in the future, the psychological phenomenon will help contribute to the inevitably large pay gap between tech sector workers and all other industries: As the tech industry continues to outgrow all others, wages in the sector will rise along with demand but the labor market won’t provide the expected supply.

Even though vast riches, fame and fortune will be on offer, the stereotype will remain, therefore, all the wealth will fall into the hands of technologists as their salaries rise exponentially compared to everyone else.

The Problem With Egalitarianism

To solve the upcoming shortage, more individuals within the labor force who are interested in working with things rather than people are needed, but this is easier said than done. It requires a major societal shift: More women are needed to support the ever growing demand for technical roles.

The definitive experiment of egalitarianism carried by the Norwegians tried to free society of all cultural and societal norms in an effort to influence women into picking these technical roles dominated by men.

Unfortunately, the experiment had the opposite desired outcome to what the government were hoping for: In a society that promoted freedom of choice the divide between the number of males in technical roles and women in social work didn’t decrease; it actually increased.

Another solution trying to address the labor imbalance is the #WomenInTechmovement, advertising that women are unrepresented within certain roles within the industry, but this hasn’t addressed the problem either, because the paradox of egalitarianism struck again as women preferred jobs within the tech industry relating to social-based roles such as marketing, human resources and management.

What the results prove, is as we move towards a more egalitarian society, people pursue careers that interest them, rather than what society expects; you either have an overwhelming interest in people or things. Forcing a human who is more of a social being to spend 8+ hours a day sitting at a desk coding would be torturous for them, even for a significantly higher salary.

Forcing individuals to pursue a career in something they don’t particularly want to do will only end in higher levels of depression and anxiety within the workplace, and of course redundancies, therefore, coercing people into doing a certain job just because of their gender has also proved to be ineffective solution to the labor shortage.

Consequently, as the demand for technology jobs increases, the response from the labor market will be minimalized caused by the effects of egalitarianism. This will result in an increase in pay for technologists, but mostly men who favor technical roles, only causing the gender pay gap to increase, therefore, inequality will not only remain but get worse in the future.

Are We Doomed To Repeat History?

Human behavior and combined causality are the primary factors contributing to inequality in society. As we can see from the above, all the solutions will or have had barely any effect on solving the equality divide.

It appears as if we are taking the old, flawed model of power and applying it to technology, but labelling it as a fresh start; an entirely different model free from sins of the previous version.

A new power structure will emerge with increased disparities in intelligence, gender equality and wealth. While social movements try to revolt, it will only increase the might of the tech giants, because when we are angry, we click more, increasing their profits and market capitalization.

Slowly but surely when you combine the anticipated social and economic factors, it will likely result in the same system but with increased disparity, creating a divided, dystopian not utopian technological society. All the wealth and power will — yet again — end up in the hands of a select few.

Whether these predictions will come true depends on how egalitarian our society becomes, whether the high ranking technologists’ greed turns them into technocrats, and, not forgetting, how we respond to these individuals actions and the injustices created within the upcoming technocracy.