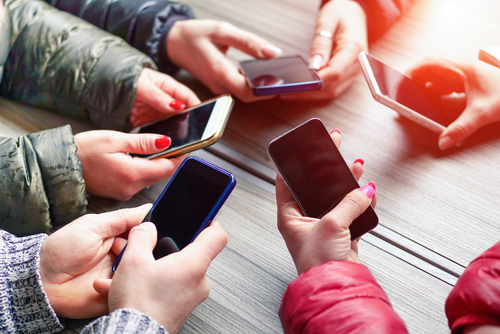 How Come We Keep Buying New iPhones (or any other Phones in particular) Every Year?

Is it the capitalist overlords or…are we also at fault?

Previously I wrote about how longer lasting LED Bulbs makes it harder to sell them and that they should consider switching business model to lighting-as-a-service. While it’s an interesting topic on its own right, I discovered another interesting stuff while looking up about bulbs.

If you take search for the lifespan of an incandescent light bulbs, one of the oldest type, the general consensus on the internet today would be about 1000 hours. Except it was found that back in 1920s, it was possible for an incandescent light bulb to have a lifespan of 2500 hours. However, giant companies back then such as OSRAM from Germany, Philips from the Netherlands, and General Electric from the US realized that the longer the lifespan of a bulb is, the longer it will take for consumer to buy another one to replace their old bulb. A bulb with a shorter lifespan would generate better cash flow over time since consumer will make replacement purchases more frequently. But they can’t just shorten their bulb’s lifespan as it would cause consumer to switch to another brand with longer lifespan.

Enter the “Phoebus Cartel”. These major lightbulb manufacturers established the Phoebus Cartel as a supervisory body for (one of them was) controlling the lifespan of bulbs produced in each region. If every major lightbulb manufacturers agreed to limit their bulbs to 1000 hours, consumer wouldn’t have any other choice but to choose between them. This way, competition is controlled, and cash flow is secured. The Cartel didn’t last very long, with the world being as chaotic as it was back then, but the legacy stays true.

The incentive for giant firms to cooperate like this is very strong, and it has succeeded before. We call this practice “Planned Obsolescence”. In this practice, companies will try to maintain that delicate balance between generating steady cash flow over periods of time by shortening their devices’ lifespan, but keeping it long enough for it to be acceptable by the general public to keep buying their product.

So it’s intentional! Giant corporations indeed have the power and incentive to engineer their product in the manner that goads you into making repeat purchases.

With this, we can conclude that to some level, it is not in companies’ best interest to sell products with high durability.

Fast forward to the 21st century, we have Tim Cook apologizing for allegedly slowing down iPhones with older battery. The company stated that it was never their intention to shorten the lifespan of the device, and is committed to make the phone last as long as possible. Nevertheless, they did slow down your iPhone to, they say, prevent unexpected shutdowns. So they say.

We frequently hear about companies, particularly, tech companies, shortening our devices lifespan to get us to upgrade. Ask around and you’ll find out that on average, the “upgrade cycle” for smartphones is around 2 years.

As you may have suspected. This too, could be a practice of planned obsolescence. How so?

Physical obsolescence is, where the manufacturer renders the physical phone itself undesirable over time by:

While technological obsolescence is where the manufacturer somehow designs for the product to be replaced with something new by:

This makes them giant corporate overlords look like evil….overlords, for seemingly duping us into buying. How did they get away with this? Why did no one do something about it?

The answer lies on the other side of the spectrum. Somehow, consumer demanded it to be so.

A study by Grewal et al. (2004) compares the two of these decisions, and found out that replacement purchase cycle is shorter for voluntary decisions. Which means before the device breaks down, we ourselves have already wanted to replace our device.

How is it so? Recall that I called out that we should consider not just the most advantageous deal when we are buying stuff, rather, first consider if we really need to buy them or not.

Sadly it’s never that simple. Because we are engineered to think that we need the stuff, whatever that is. We need to learn to differentiate between wants and needs.

Shopping, is not merely an activity, it is a culture. It is an expression.

I really understand the feeling of really wanting to buy the latest gadget. It’s not that I actually need the latest and more powerful gadget. Like those PC Master Race guys flaunting the best desktop specs they can (but this time with phones). Somewhere in the back of my head I just wanna flex. I just want a shiny new phone because it makes me feel good. Looking back, it’s an effective combo of incremental product upgrades + bonkers marketing, and every external pressure goading me to buy.

Why do people buy expensive stuff again and again in the first place? I believe it’s because people wanted to be more than average.

People, at least from Asian culture, dreaded being average. We are taught since we are kids that to be happy in life, we must become those who are “above average”. In school, it means getting straight As. Financially, it means out-earning the your friends and relatives. If you are Asian you should be familiar with the culture of judging how successful are your other relatives by the things they buy, where they have traveled, everything that shows financial prowess!

Painful as it maybe, the term of average is reserved, by definition, for most people. So not many can truly escape this.

To be free from the shackles of mediocrity, people need something to show for it. Something to show “I worked so hard, I finally can afford this!”. With “this” being things that normally are outside our buying power. It is to reward yourself for “working so hard”, and as a status symbol to show others that you had it. Good, expensive stuff gives more self esteem.

So, buying expensive stuff, in this case, smartphones, is a pretty emotional affair.

Also there is this one damn mantra:

“It’s better to regret buying it than to regret missing out on the chance to buy it.” — Absolutely everyone during online sales discount seasons

When buying particularly fashionable durable stuff (washing machine doesn’t count), often its durability is somewhere lower in the priority. I’d reckon the thought process would be like this:

For some, smartphones (or other stuff for that matter) is even seen as status symbol, as a prestige. The world has been shaping our thoughts to be wanting to be part of the next-big-thing. So you rationalize many stuff (such as features and the current state of your phone) to justify buying a new one. Even though you actually can bear with it, or even, buy a new one but downgrade (usually people buys ‘up’ from their current model).

All those factor combined created the market as it is now.

Durables, are not limited to smartphones. Laptops, personal computers, appliances, you name it, most of them are under the same problem that they are not built to last so long.

So the next problem hits. Short upgrade cycles will cause older devices to be thrown away quicker. Those older electronics will end up in the landfill. Now, electronics contain toxic metal that may leach into the ground water. They also release toxic metal into the air, which may damage the atmosphere.

This become another reason for consumers to take better care in disposing of their electronics, or taking better care of their devices. Unfortunately a study by Niva (2001) points out that consumer 1) lack the knowledge of environmental consequences of their purchases, and 2) they believe that it is the responsibility of the manufacturers to produce environmentally friendly device in the first place.

So as consumers we are pretty friggin entitled.

But it’s understandable. Saving the world isn’t exactly the first thing you think of when buying a phone after all.

Hence, we fall back to the manufacturers to create environmentally friendly product. Enter the Fairphone, claiming to be a modular phone built to last with easily replacable parts so you don’t need to upgrade the whole phone every year.

Aside from being not so appealing fashion wise, the Fairphone’s price point is pretty high relative to the specs it gives. Starting at €529 with a 2GB RAM, 32GB storage, and a single lens camera. For that price point you can get a flagship grade OnePlus 6T starting at €550 by throwing additional €20.

Again, that’s you paying for an ethical supply chain. So there is no some child slaving their youth away in a Chinese sweatshop making your phone.

The problem, again, is that it assigns the heftier price tag to the consumer. While consumer vehemently believes that it is the manufacturer’s job to do that. Environmental concern is hardly a point in phone purchasing decisions. Partly because the information on environmental concern and supply chain is not freely disclosed and…we don’t look for them either.

So while holding your phone now, take comfort in the possibility that it was probably partly assembled by some Chinese teens in them china sweatshop. Working somewhat too hard to make sure your phone is as cheap as (in)humanely possible.

It’s still expensive though. So much for cost saving.

Consider the Chinese teens from earlier. If somehow we successfully boycott buying new smartphones to save the environment, what would happen?

Sales will go down due to lack of demand. And guess what? Lack of sales will make manufacturers cut back on production.

Which means the china teens will be out of job.

So how do we save both the china teens and the world at the same time? Theoretically (read: vague unhelpful answer) there are two ways to approach this.

The first is to lessen the frequency of phone buying, while finding a better livelihood for the china teens. This addresses a different problem altogether such as government regulations and the development of the country. Which isn’t easy in the slightest.

The second is to get everyone in the industry to set a new trend of using ethical supply chain like Fairphone 2. Which isn’t likely too. Manufacturers realize that supply chain is of secondary concern in phone buying decision. Even if the industry set up some kind of cartel forcing everyone to use more ethical supply chain, it is very easy to break out of the agreement since we know most consumer only cares about the lower price point.

You don’t expect me to have a more actionable answer, do you? If I had one, I’d be winning a Nobel prize and doing some high profile charity stuff, not writing in some Medium blog…

The key takeaway is, I’m not discouraging you from buying any new smartphone in particular (sorry iPhone). In fact, my aim this time is to share that:

What do you think? Share your idea to save both the world and the china teens!