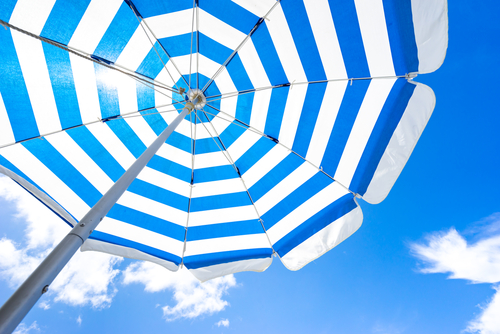 Growing up near the ocean I learned very quickly about the danger of currents. There were tidal currents that came daily in and out of the bay. You didn’t want to be in the water near the mouth of the bay when this was taking place. Where the waves were breaking you could find water sometimes moving perpendicular to the shore in the form of a rip current. Longshore currents sometimes flowed up and down the beach just as you stepped into the water.

One of the more interesting currents that I came across while scuba diving was twenty miles offshore. The surface of the water was perfectly still. Almost like glass. Thirty feet down on the way to the wreck that we were diving on that day, there was a strong current about fifteen feet thick that would sweep you away if you weren’t holding on to the anchor line. Once you moved down and through this underwater stream, the ocean returned to normal.

As a child, you were taught to be aware of the possibility of encountering a dangerous current at any moment in the water. Even if you happened to get caught in a riptide, you would know how to swim safely back to shore. The most dangerous currents were the ones that you couldn’t see.

When working with people, it’s important to know that what appears on the surface is not always the same as what’s happening below. Within organizations, momentum can shift quickly and can cause unsuspecting people to be swept into unfavorable situations. At that point, you can either go with the flow until you can safely exit the current or fight it.

The best way to survive a current is to know that it’s there and to know your own abilities.